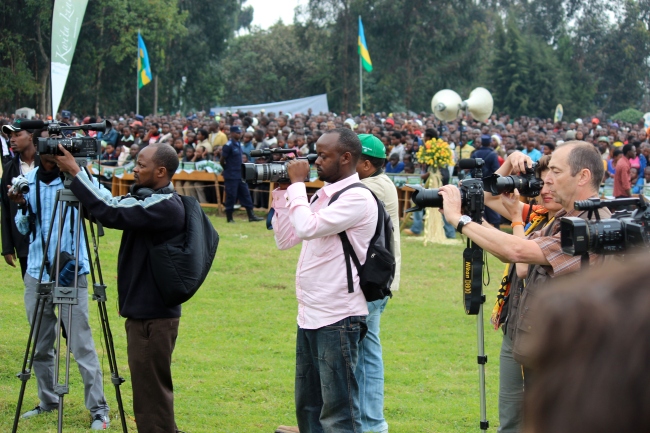 Some of the crews at Kwita Izina 2012, the gorilla naming ceremony in Rwanda.

I’ve been working at Hot Docs as an Industry Programs Intern for a few weeks now. One of the most exciting projects I’ve been working on is their Blue Ice Group Documentary Fund for African filmmakers, which you can read more about here. The fund helps some amazing projects, and it is so exciting to read about all of the interesting documentary work going on in various African countries.

Recently, I read an article about the opening of the first cinema in Rwanda. I remember living in Kigali last summer and needing a taste of home. I thought it would be a nice treat to take myself to a movie. To my dismay, when I tried to find movie listings, I learned that there wasn’t a movie theatre in all of Rwanda (first world problems, I know).

My roommates and I went for dinner one night to a restaurant that, to celebrate Canada (I can’t remember if it was actually Canada Day, or not), had hung up a screen and showcased Goon – not exactly the best representative for Canadian film, but hey, they had popcorn, and Eugene Levy does make an appearance.

That was also the summer that The Dark Knight premiered, and two of my roommates seriously considered bussing to Kampala, Uganda, to see it.

What got me thinking about the Blue Ice Fund and the lack of theatres in Rwanda is an article I read recently called the Rise and Rise of African Films. Starting with an interesting summary of the history of filmmaking in Africa, the article brought up some good points:

“The slow growth of African film is now in fast forward thanks to new technology. With digital media, filmmakers are no longer reliant on expensive 35 mm film. Production costs are becoming affordable, enabling a flow of content with transnational themes that could reach out to international audiences… International links are boosting training. In East Africa, the International Emerging Film Talent Association partners with Ethiopian Film Initiative to train new directors. In Rwanda, filmmaker Eric Kabera founded the Rwanda film school and Rwanda Film Festival (Hillywood), which shows films on inflatable screens around the country.”

It’s interesting to see how funding and issues of accessibility are being addressed in regards to developing and supporting film communities in Africa, especially as I have been thinking a lot lately about accessibility to the film world here in Canada.

At the end of the day, I’m incredibly excited to see what the future brings for filmmakers both in African countries and in my own community, especially for the projects that I have been exposed to this summer. 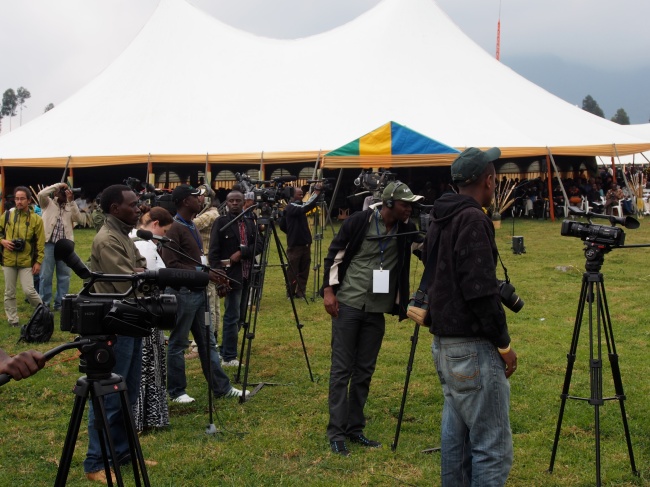