In my previous post, I argued that individuals from the Occupy movements were able to renegotiate power between themselves and mainstream media due to the strength and influence of social media participation. This shift in power allowed everyday people to dictate what aspects of the movement (for example, police brutality), deserved media coverage.

Power may have shifted from the mainstream media in the Occupy Movements, but it did have minor influence in regards to the behaviours of the Occupiers.

As counter-power encouraged renegotiation, the OWS media culture shifted from a top-down controlled environment to a participatory horizontal model, in which the Occupiers and mainstream media interacted with one another.

This shift to a horizontal media culture model has many explanations. Cottle acknowledges the media ecology and various flows of horizontal networks, including the compression of time and space that allows for immediate communication across geographical and social barriers. Indeed, both democracy and participation have been redefined by the relationship between globalization and communication technologies.

This new sense of democracy and participation, according to Doerr and Mattoni, virtually transcends borders, limiting the influence and control of the public sphere by traditional social institutions, like the media.

Contemporary “media environments,” they argue, “have a multilayered structure shaped by multiple flows of information and communication.” 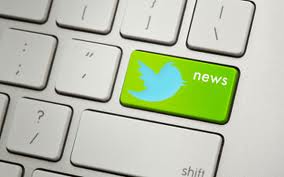 That is not to say that social movements do not rely on mainstream media. Legitimacy in the realms of political institutions and conservative populations still heavily relies on coverage in traditional news media.

But the mainstream media’s impact on the Occupy Wall Street movements only went so far as defining these multiple layers as the participant responses to critical or negative coverage. Participants and their use of social media, face-to-face communication and physical embodiment of public spaces dictated media coverage, providing news material in the form of events and interviews, satisfying journalists and providing excellent B-Roll, while remaining in control of the content itself (excluding those of editorials and the New York Post, two journalism arenas that should not be included in rational discussions of mainstream media coverage).

When the mainstream media questioned the legitimacy of the OWS movement, the movement simply responded by providing more resources about their goals and aims. While participants may have altered their operations to provide clearer material or more inclusive environments, they did not produce goals and aims in response to media criticism. Rather, I would argue that was a natural progression of change and response to issues that arose throughout the movement over time.

A counter-argument to my proposal could be that media framing is unavoidable and influential. But with the influence and popularity of social media, such frames can be identified, deconstructed, and resisted by social movement actors, staying a step ahead of editors and news producers.

If the media’s primary role is to report on current events, then they are reliant on the events themselves, from which they build frames around after the fact.

One of the key components of the network society is an individual’s ability to engage in mass self-communication.

As Gerbaudo argues, social media, however influential, is simply empty boxes full of user-generated content. While there are definitely issues in regards to accessibility and hierarchies within social media, it is the people who fill these spaces that decide the course of action. Both ego networks and emotional aggregation, as previously dictated by news media, have been taken over by social media, whose producers are everyday people, including OWS activists.

Ego networks and emotional aggregation provide content to mainstream media through social media users. It is these users who determine when and how a movement will occur, defining the desired outcomes that the mainstream media can then write about.

Doerr, Nicole, and Alice Mattoni. “Public Spaces and Alternative Media Networks in Europe: The Case of the Euro Mayday Parade Against Precarity.” In The Revolution Will Not Be Televised? Media and Protest Movements, ed. Rolf Werenskjold, Katrin Fahlenbrach, and Erling Sivertsen. New York: Berghahn Books.